If you have allergic people in your crowd, it's tough to choose any type of catering, let alone sushi catering. Japanese sushi cuisine is full of allergens because of its liberal use of soy and its derivatives, several types of fish, eggs and other ingredients. If you want to have sushi catering, you need to choose accordingly.

You shouldn't order tamagoyaki, which is egg sushi made with a rolled omelet. Maki sushi often has tamagoyaki, so that is also off-limits. You should also watch out for imitation crab meat (surimi) because it contains egg whites. Also to avoid are oden, which are eggs cooked in broth.

If you want desert after your sushi, avoid sweets that aren't mochi(rice)-based, as most are made with an egg-based batter.

Traditional sushi doesn't contain peanuts or sesame in general, but some products use sesame or peanut oil to add a special flavor, which might trigger a severe allergic reaction.

Some sashimi variants will have nuts.

Some sushi chefs add sesame seeds to seaweed, which is often used either as a side dish or in the sushi itself. Sesame and peanut butter is also used in some sauces, such as dengaku.

Some sweets and desserts might contain nuts, so ask the sushi catering company.

Most sauces will be soy-based and should be avoided at all costs unless the chef labels them clearly as soy-free.

Anything with eel or favored roe will also inevitably contain soy.

The dairy product used mostly in sushi and soups used because entrees for sushi is cream cheese, so ask the chef to verify . Imitation crab also has dairy in its components, so you should choose sushi with the real thing if you're in the mood for crab.

Sushi will invariably have fish or seafood. You should stick to their vegetarian variants.

A very important thing to keep in mind is cross-contamination. If you have people who are highly allergic to an ingredient and said food isn't anywhere in sight, if other products have touched it during preparation they might trigger an allergic reaction. Ask your catering company to compensate for that with stricter cooking rules in their kitchen and mention the allergies presented in your party. 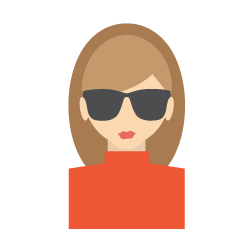